Customer Reviews
Your 43" free standing kiosk units are working perfectly!we will order more in the future!

From the first inquiry I made till delivery I am totally happy and impressed with the quality and professionalism i received.

The splicing screen has four main uses: command and dispatch, video surveillance, video conference and information release. Command and dispatch is generally used in public security and military systems. Video surveillance is used in the construction of safe cities and smart cities. It is more used in the transportation system. Video conferencing is mainly used in government systems, large group companies. Information release is mainly used in large shopping malls, exhibitions and so on. In addition, many entertainment places like bars and KTV can use LCD to splice large screens. 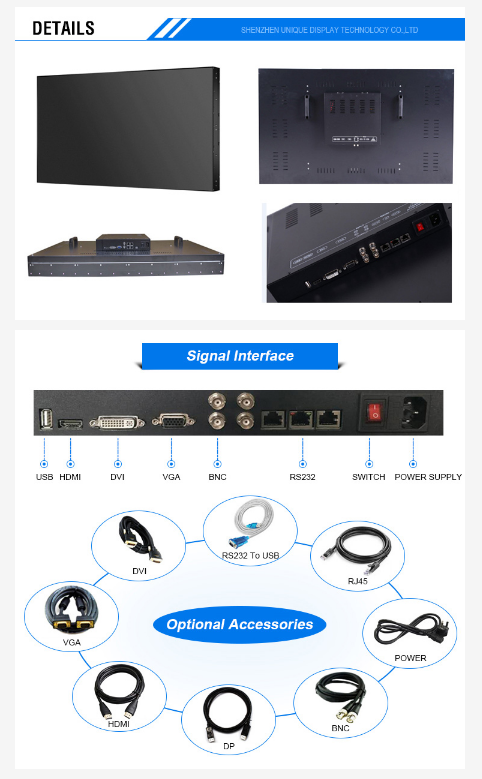